Hackers Say Goodbye to Ransomware and Hello to Bitcoin Mining 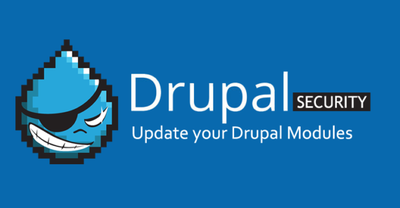 This article was written by Jerome Wendt of DCIG and was originally posted at www.dcig.com/2018/05/goodbye-ransomware-hello-bitcoin-mining.html

Ransomware gets a lot of press – and for good reason – because when hackers break through your firewalls, encrypt your data, and make you pay up or else lose your data, it rightfully gets people’s attention. But hackers probably have less desire than most to be in the public eye and sensationalized ransomware headlines bring them unwanted attention. That’s why some hackers have said goodbye to the uncertainty of a payout associated with getting a ransom for your data and instead look to access your servers to do some bitcoin mining using your CPUs.

A week or so ago a friend of mine who runs Cloud Shift Strategies, an Amazon Web Services (AWS consultancy and reseller business in the Omaha area, shared a story with me about one of his clients who hosts a large SaaS platform in AWS.

His client had mentioned to him in the middle of the week that the applications on one of his test servers was running slow. While my friend was intrigued, he did not at the time give it much thought. This client was not using his managed services offering which meant that he was not necessarily responsible for troubleshooting their performance issues.

Then the next day his client called him back and said that now all his servers hosting this application – test, dev, client acceptance, and production – were running slow. This piqued his interest, so he offered resources to help troubleshoot the issue. The client then allowed Cloud Shift to log into these servers to investigate the issue

Upon logging into these server, they discovered that all instances running at 100% also ran a Drupal web application. This did not seem right, especially considering that it was early on a Saturday morning when the applications should mostly be idle.

After doing a little more digging around on each server, they discovered a mysterious multi-threaded process running on each server that was consuming all their CPU resources. Further, the process also had opened up a networking port to a server located in Europe. Even more curious, the executable that launched the process had been deleted after the process started. It was as if someone was trying to cover their tracks.

At this point, suspecting the servers had all been hacked, Cloud Shift checked to see if there were any recent security alerts. Sure enough. On March 28, 2018, Drupal issued a security advisory that if you were not running Drupal 7.58 or Drupal 8.5.1, your servers were vulnerable to hackers who could remotely execute code on your server.

However, what got my friend’s attention is that these hackers did not want his client’s data. Rather, they wanted his client’s processing power to do bitcoin mining which is exactly what these servers had been doing for a few days now on behalf of these hackers. To help their client, Cloud Shift killed the bitcoin mining process on each of these servers before calling his client to advise them to patch Drupal ASAP.

The story does not end there. In this case, his client did not patch Drupal quickly enough. Sometime after Cloud Shift killed the bitcoin mining processes, another hacker leveraged that same Drupal security flaw and performed the same hack. By the time his client came to work on Monday, there were bitcoin mining processes running on those servers that again consumed all their CPU cycles.

What Cloud Shift found especially interesting was how the executable file that the new hackers had installed worked. In reviewing their code, the first thing it did was to kill any pre-existing bitcoin mining processes started by other hackers. This freed all the CPU resources to handle bitcoin mining processes started by the new hackers. The hackers were literally fighting each other over access to the compromised system’s resources.

Two takeaways from this story:

In cases like this, if companies start to see their AWS bills going through the roof, it may not be the result of their businesses. It may be their servers have been hacked and they are paying to finance some hacker’s bitcoin mining operation. To avoid this scenario, companies should ensure they have the right internal people and processes in place to keep their applications up-to-date, to protect infrastructure from attacks, and to monitor their infrastructures whether hosted on-premise or in the cloud.

Join our newsletter to stay up to date in important AWS changes, upcoming events, and new additions to the blueprint library.